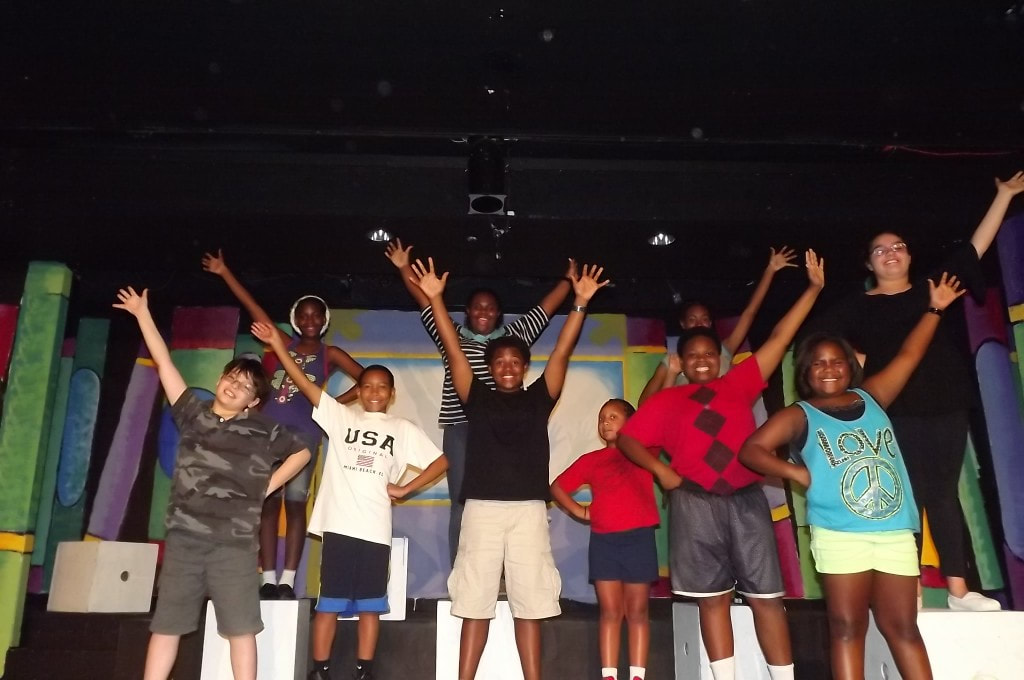 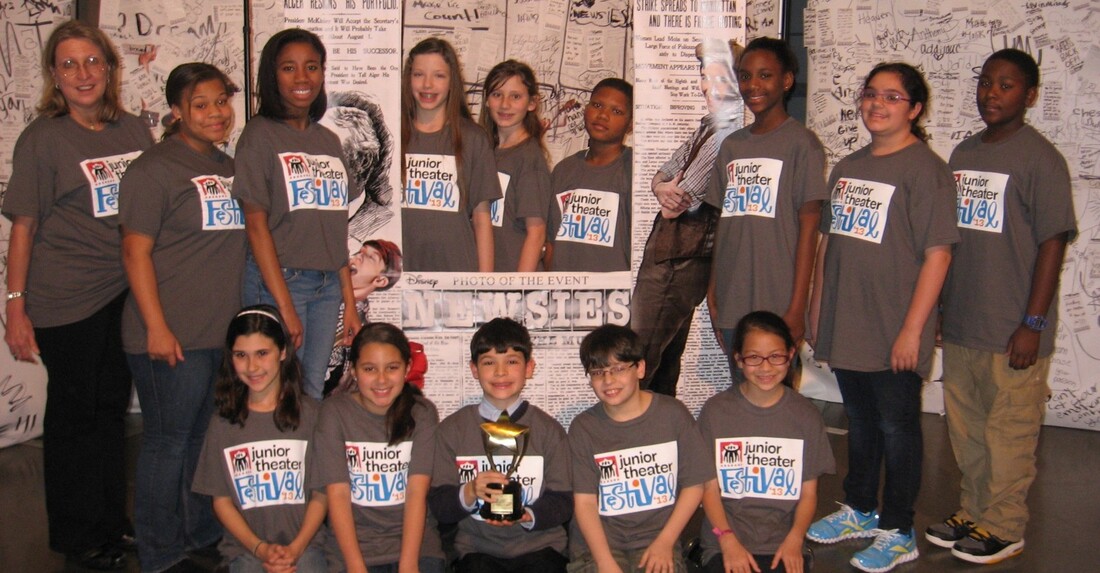 Stage to Stage, Inc. dba the Crescent City Lights Youth Theater transforms the lives of young people in the Greater New Orleans area by providing programming that brings together theater arts professionals and young people in a nurturing and multi-cultural environment to foster the learning of performing arts and life skills.


While the overall focus of CCLYT is on theater production, the program emphasizes the development of positive life and job skills in the formative years of youth. 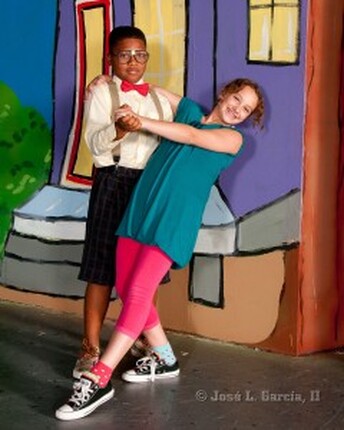 ​​The impact of Stage to Stage programming through the Crescent City Lights Youth Theater is trans-formative for creative children.   Through our programming, we impact the students’ lives through the following goals: 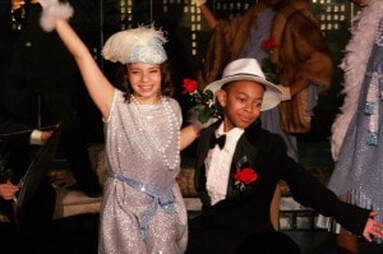 Motivating in each child a love and appreciation of the performing arts;
​
Increasing a child’s knowledge of skills in the areas of acting, voice, movement, and theater production;
​ 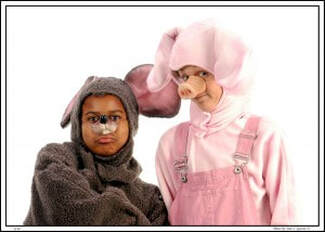 Developing  in each child a sense of responsibility, discipline, and self esteem;

Encouraging self expression through the use of theater arts;
​
Uniting  each member of the theater ensemble with the responsibilities of teamwork;
​ 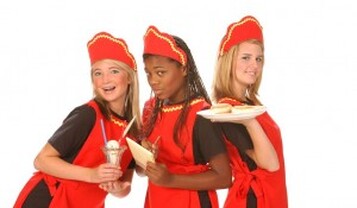 Guiding each child to a better future through enhanced social and life skills;

Appreciating for their individual talents and those around them;
​
And, most importantly, learning life and job skills by having fun! 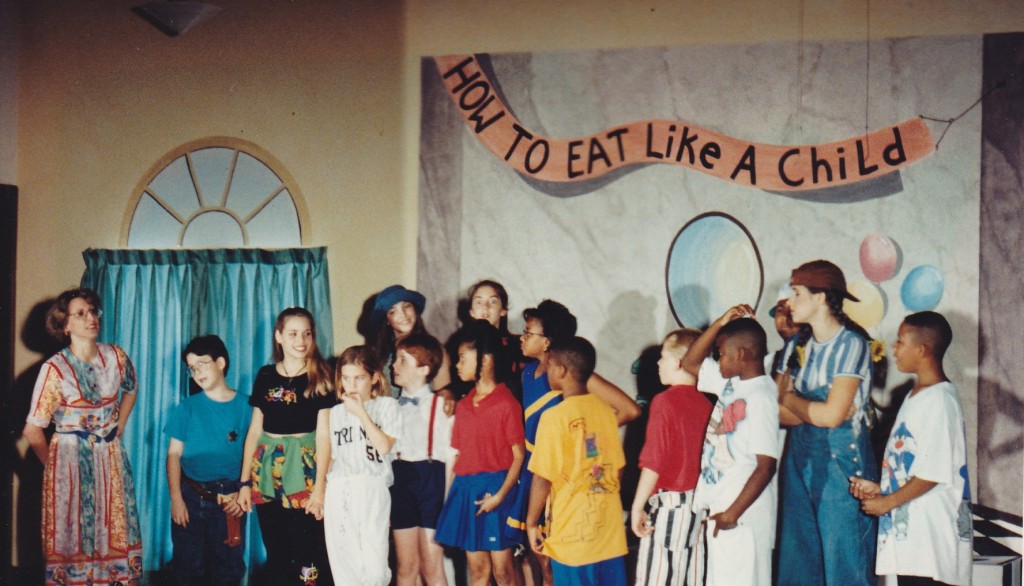 Founded in 1993 by Julie Condy. Here she wears her Music Director hat, teaching proper technique the children of the first production How to Eat Like a Child in 1993.
​
​Its goal was to fill a gap in arts programming for young people by providing affordable theater programs for children in the New Orleans area. 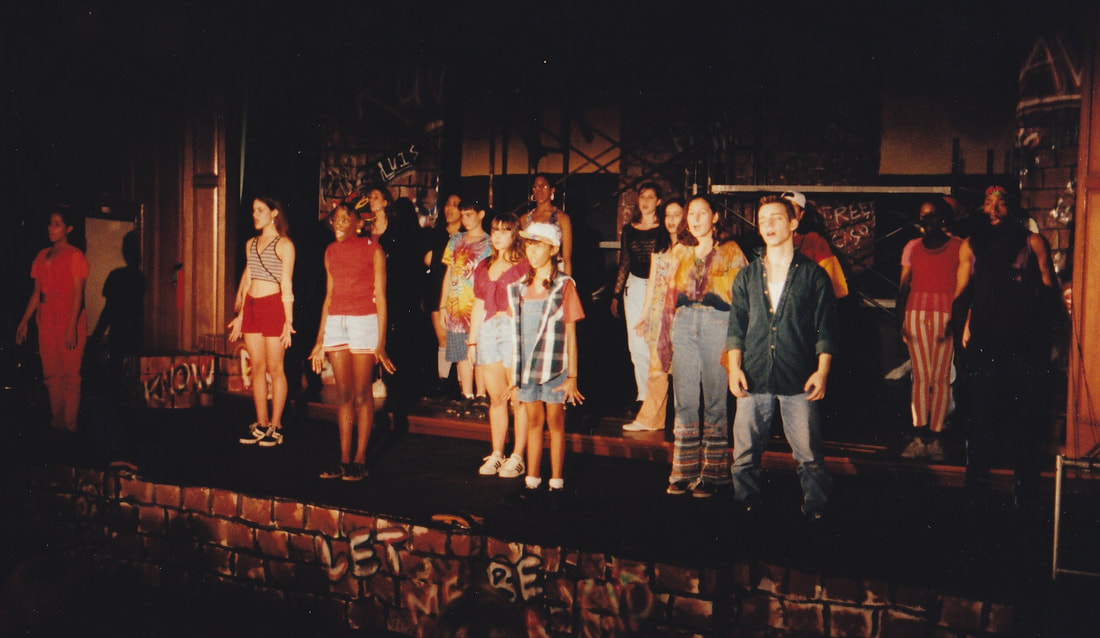 ​In 1995, the troupe was incorporated in Louisiana as a nonprofit corporation under the name Stage to Stage and produced it’s third show Runaways. 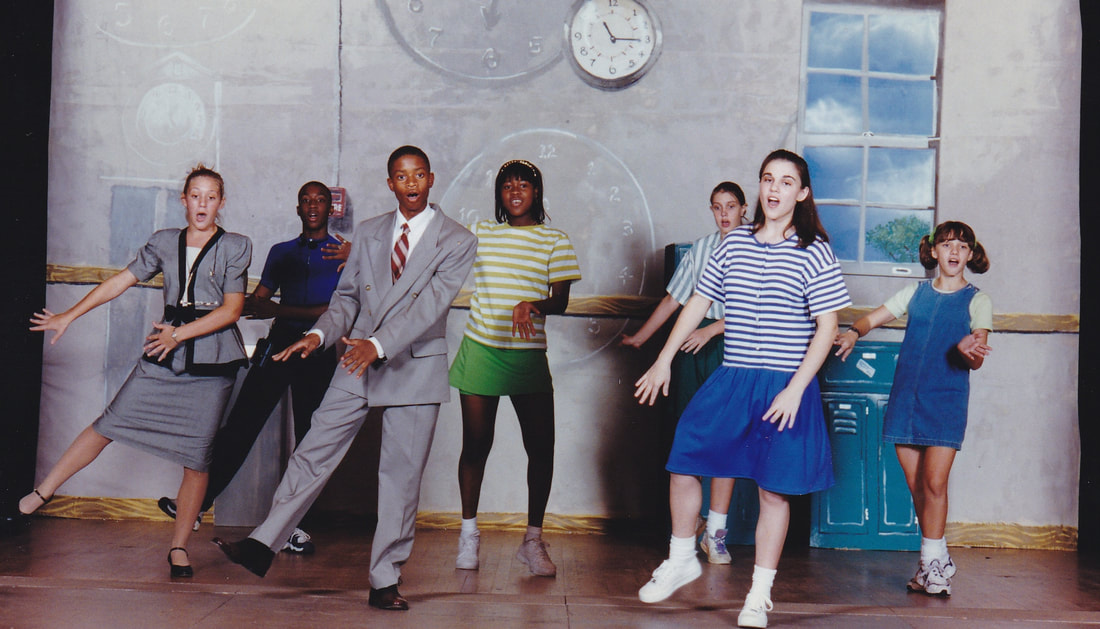 In 1997 CCLTYT received its 501(c) (3) non-profit organization status. It’s fifth summer produced a remount of How to Eat Like a Child and Luther, a new jazz musical by Delfeayo Marsalis.
​
Like so many organizations in New Orleans, Stage to Stage lost its home and many of its students as a result of Hurricane Katrina. Ever the visionary, Julie formed partnerships with the New Orleans Recreation Department (NORD). A community partnership with NORD allows CCLYT to use the NORD Ty Tracy Theatre on the 1st floor of the historic Gallier Hall, the former City Hall. Through this partnership we are able to continue a 60 year tradition of theater for youth within NORD. 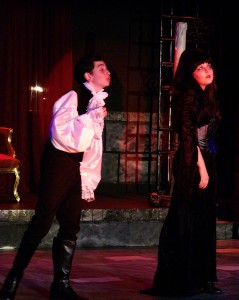 The Dracula Spectacula was interrupted by
Katrina but brought back in the first season
​in the NORD Ty Tracy Theatre.
​ 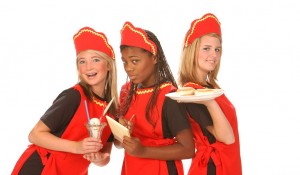 Schoolhouse Rock, Live! Too joined
The Dracula Spectacula in the opening
​ season in NORD Ty Tracy Theatre.
CCLYT has produced over 40 fully staged youth productions – 20 at the NORD Theatre – for public performances, serving more than 600 young people, from ages 7 to 17. 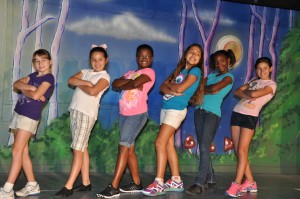 ​CCLYT now sees its alums working as young adults in a variety of fields from professional dance, acting and opera to teachers, writers, artists, models, and advertising executives among others. In 2011 and 2012 CCLYT won Most Outstanding Achievement awards at the Junior Theater Festival, Atlanta GA.


Founder / Executive Director, Julie Condy
Julie Condy founded the Summer Stages Children’s Theater in 1993 as a summer church program which, in 1995, spun off into Stage to Stage, Inc., a 501(c)3 nonprofit organization.
Ms. Condy holds a Bachelor of Music Education from Loyola University and studied voice for three years in Salzburg, Austria, with Frau Professor Cornelia Prestel, currently of the Vienna Hochschule fuer Kunst und Musik. A longtime member of the New Orleans Opera Chorus (30+ years), she has been choir director and soprano soloist at various churches in New Orleans including Grace Lutheran Church and First Presbyterian Church. She serves as a national board member for the American Guild of Musical Artists and is a lifetime member of AGMA. 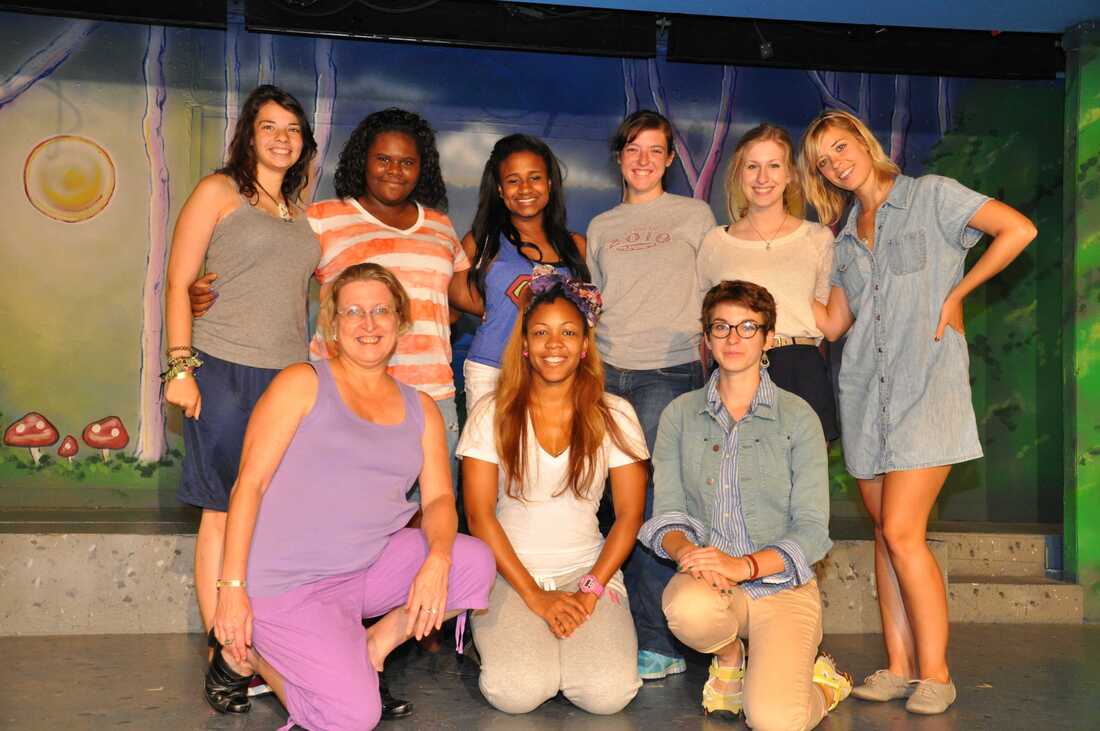 ​The Crescent City Lights Youth Theater is New Orleans’ only theater company presenting musicals with casts of all children.  Begun in 1993, CCLYT has presented over 40 musicals with casts of all children at various venues throughout New Orleans.
CCLYT’s unique program nurtures the development of each child’s performing arts talents through intensive rehearsal and instruction by performing arts professionals while developing the job and life skills needed for future success.  CCLYT brings together children from across the Metro New Orleans area developing strong bonds between the cast members, their families and the staff.
Artistic positions with CCLYT are on a short-term contract basis. CCLYT is re-vamping their program.  Creative theater artists can submit their resume through November 4, 2016 to be considered for the upcoming season. For more info, see the link below.
Creative Theater Artist wanted!

Stars in the Spotlight 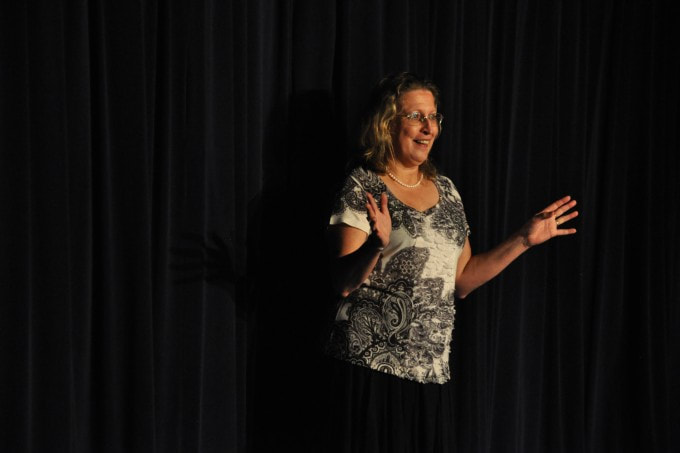 Julie is the founder and Executive Director of CCLYT. It is her vision and integrity that has shaped the Crescent City Lights Youth Theater for the past 20 years.
​ 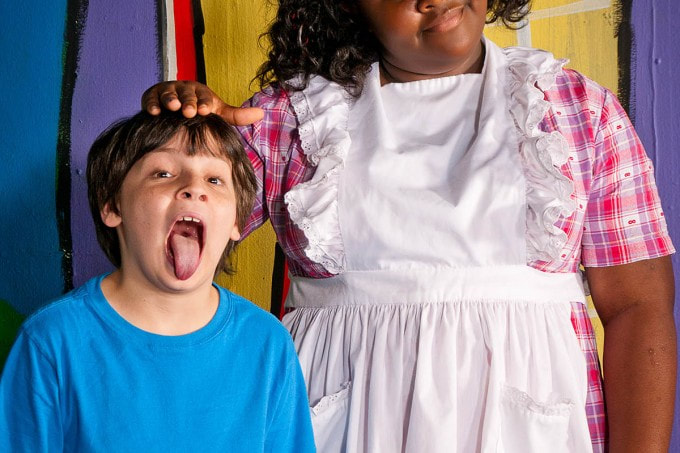 I love doing theater, it is definitely one of my favorite activities.
​

​Crescent City Lights Youth Theater seeks creative theater artists to teach elementary age students on a part-time contract basis. Do you love working with kids and want to make a difference their lives? You will be a positive mentor/teacher in a fun, creative environment putting kids on the road to success. This is a ground-up opportunity for the right teachers to re-invent the program for the 2017 season.
To apply for this position, please email us your resumé detailing your experience. Please also include at least 250 words on why you’d love to join our inspiring team of teachers. We look forward to hearing from you!
Application deadline: November 4, 2016
Creative Theater Artist wanted!

​The first show of the summer is now in rehearsal!!!  With a small cast of eight amazingly talented kids, this show will be fun for the entire family!
Based on the book series, the show follows the club members as they tackle math concepts such as mapping and graphs while having fun creating their own activities for their club.
Show dates:  July 11 – 18
For more info on the show, go to http://www.mainstreetkidsclub.com/ to see cartoon videos and hear song excerpts.
Download the flyer here for details including show times.  mathstart8.5×11

There is so much information on the internet.  Crescent City Lights is working on updating their resources as a reference for you, our visitor who is interested in musical theater.
The first week in January brings musical theater to the forefront of the PBS LearningMedia website.  Chockful of short videos, the arts section has a terrific series about about the many aspects of musical theater and theater in general. It’s great opportunity for you, our interested audience members, to learn more about the musical theater process in short chunks of time.  Great, too, to share with your family and learn along with your kids.
Broadway or Bust takes a peek behind the curtain with this dynamic look at the development of a live musical theater performance.
Annie of Broadway is a collection of short videos about all of the behind the scenes jobs needed for a successful musical.
These are only two of the topics available on theater at the PBS Learning Media site.  Click here for the link to their recent e-newsletter.  You do have to register for their site to use it however it’s FREE!

CCL Carolers at the French Market and around town
​Posted on November 29, 2013 by admin 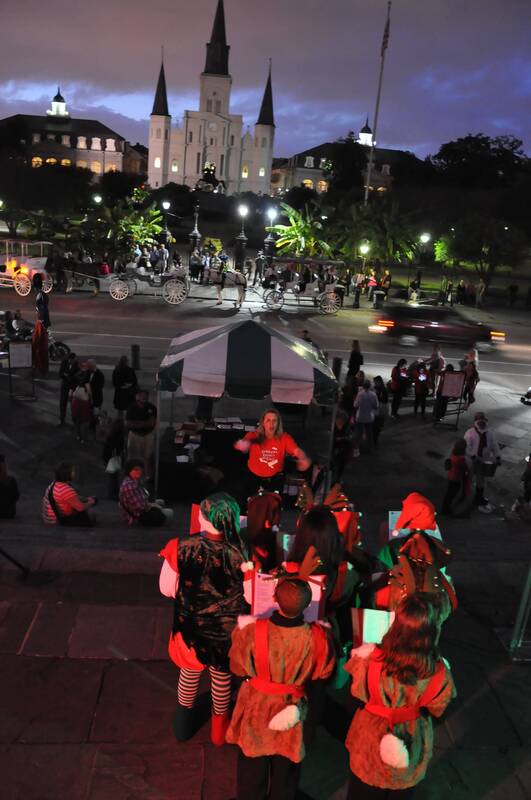 Cool shot of Jackson Square while the CCL kids carol!
​The CCL Carolers are on the loose!
Check out our upcoming performances at the French Market and the Convention Center! 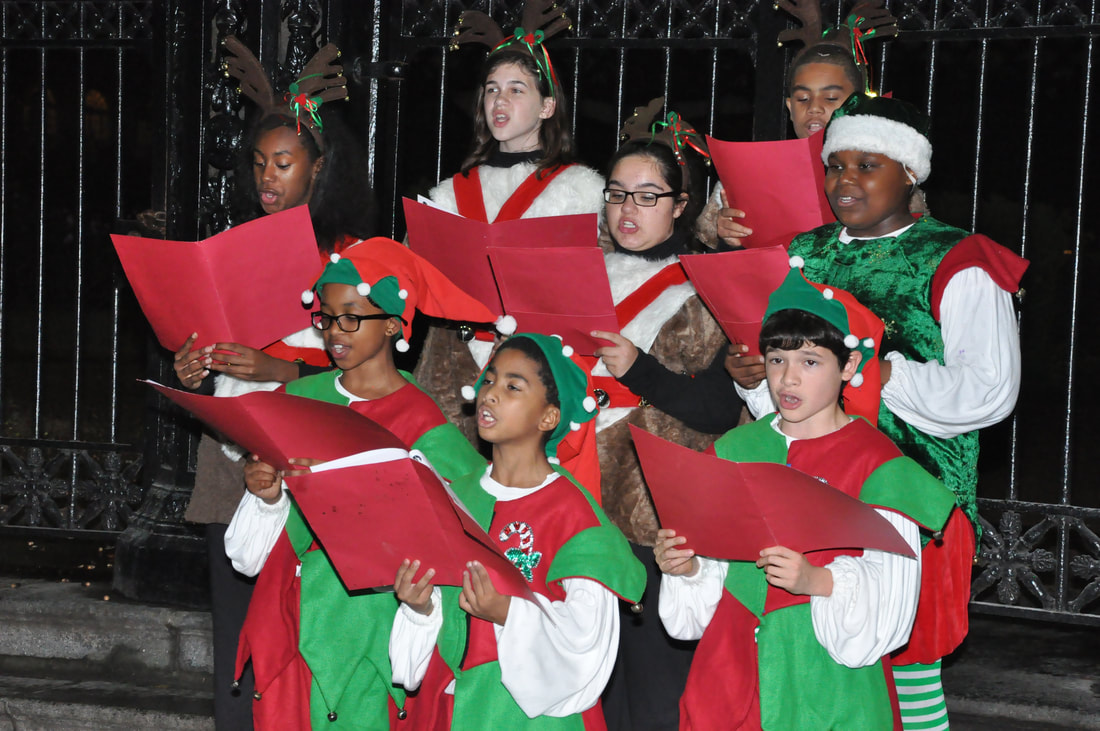 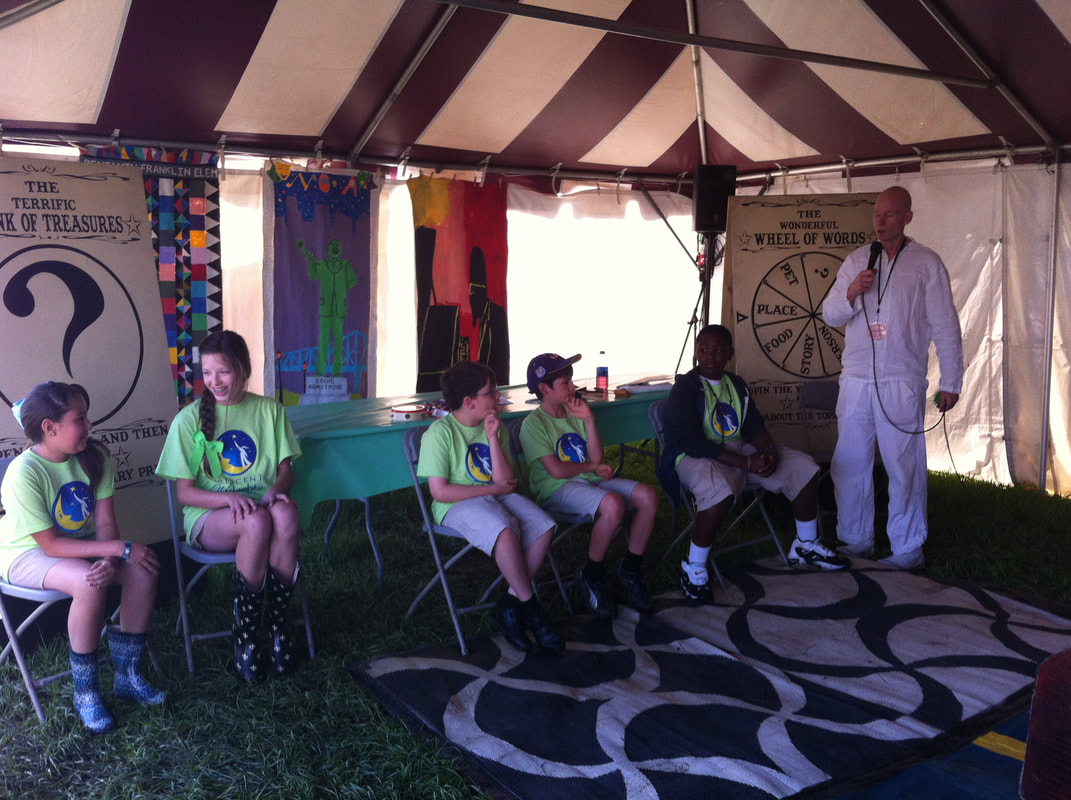 Our young actors were interviewed before their performance at Jazz Fest on Saturday! Check out the new logos and limited edition Jazz Fest t-shirts!

Present Users With Something Compelling

This text is to help your site visitors with pressing questions.
To edit simply click directly on text and have a good time.
Donate